Who are North Star?

Our team began North Star Cyber Security to create a consultancy and MSSP hybrid that proposes new ideas alongside solid foundations, to offer professionalism and excellence in cyber security services for companies, 365 days a year.

This ethos stems from years of experience and working together across the Ministry of Defence, large financial institutions and cyber security consultancies.

A team of highly skilled, motivated and qualified individuals, companies can depend on. Offering routine to bespoke services whilst striving to surpass customers expectations. We guide our clients to be a step ahead of the adversaries in the ever-evolving cybersecurity landscape.

North Star has a clear ethos which drives the company internally and externally, this excels our client experience and reputation.

Greatness
Going above and beyond in everything we do.
Reliable
Following through with what we say.
Inspirational
Inspire our peers, client and industry.
Perseverant
Determined to achieve our goals. 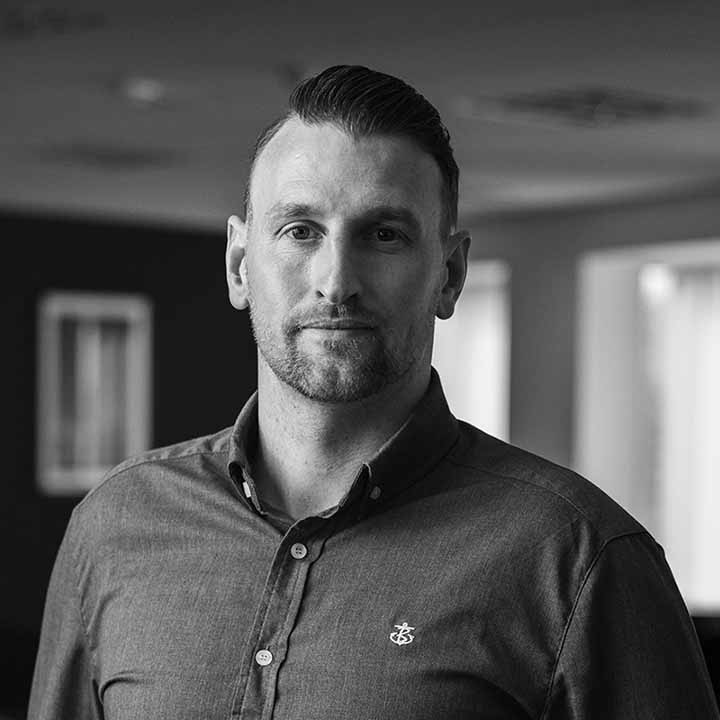 A versatile, experienced CEO with a deep breadth of technical knowledge in cyber security, alongside years of senior management and leadership experience. Ollie gained extensive experience in cyber security and red team operations during his 10-year career in an elite specialist UK Armed Forces Unit, where he learned and subsequently taught covert reconnaissance and surveillance techniques.

As a lead penetration tester for a global cyber security company, Oliver led multiple red team operations spanning industries such as Automotive, Financial, Government (UK and overseas), Legal and Retail. One of his particular successes was leading a team to conduct an end-to-end red team engagement with a Premiership Football Club, which resulted in a long-lasting relationship with the client to enhance their security continually.

Previously Ollie worked for a leading UK cyber security organisation. He built and delivered a 10-week training package for middle eastern clients, ranging from awareness courses to advanced technical courses. He has given training at conferences and events, using a mixture of technical demonstrations together with his ability to translate technical language to a technical and non-technical audience.

Former to his commercial career in cyber security, Ollie carried out Open-Source Intelligence and surveillance projects for high profile cases across the United Kingdom. Whist operating in this role, he traced a criminal across the globe and orchestrated a surveillance operation that led to the prosecution in a high-profile fraud case.

Since founding North Star Cyber Security alongside his business partner, they built the business from ground up with only a laptop to their name to start to today a company with over 15 team members and a client base of over one hundred clients. Wanting to continually improve the business and himself, Oliver recently undertook a government backed course, Help to Grow: Management Course, alongside this he was accepted onto with Innovate UK called Pitchfest aimed at companies going through investment.

Being a passionate surfer and father, he spends the rest of his time surfing the waves or spending time with his three daughters and partner. 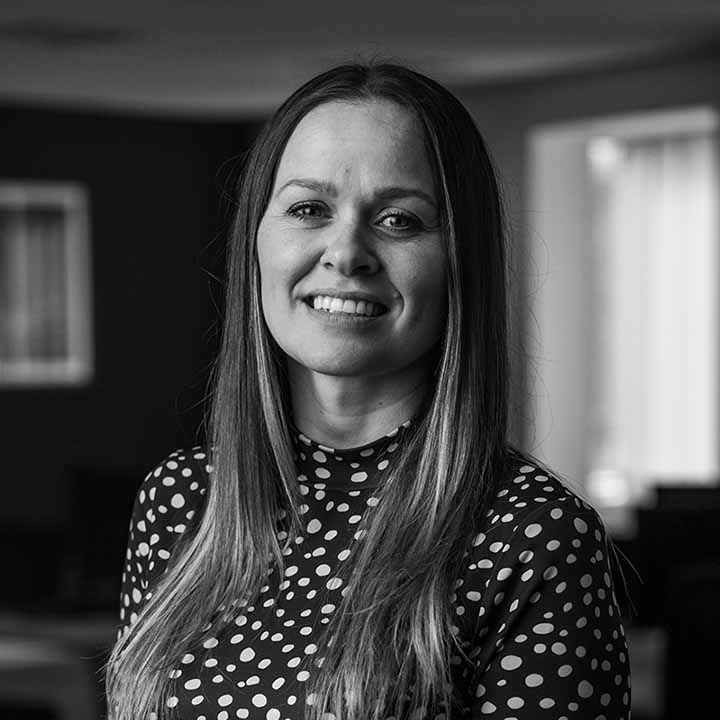 When Gemma went into management she led by example and spent her time using her knowledge which she had built up over the years to train staff ad help them to find their own unique ways of selling to their best potential and exceeding targets. Having been appointed to rescue underperforming offices from closing later in her career, Gemma streamlined processes, rehired staff and looked at ways in which the offices could realign their focuses to generating revenue and profit. Having done this successfully and managing multiple offices as one of the youngest managers she started to train all new staff within her area. In one quarter half of her team won awards for highest achievers.

Gemma’s main aim is to look for ways which in an office can run efficiently by putting in stringent processes and procedures for all to follow whilst making achieving targets for her staff achievable and creating drive to exceed them.

Throughout Gemma’s career she has worked with small SMEs to multinational companies and takes time fully understand what a client wants and needs to in order to sell to them exactly what they want. She has won clients in the first call and some over 5 years of trying to get them to come away from longstanding relationships which in the end she has won through loyalty, setting expectations and achieving them and listening to what the client wants to offer a consultative approach to best advise them on what they will need and way.

Gemma’s passion for sales and exceeding expectations of not only sales but herself has been the main driving factor for her career and with still a lot more to prove it will continue to drive the rest of her career.

When not selling Gemma spends her time with her family looking after her two young daughters. 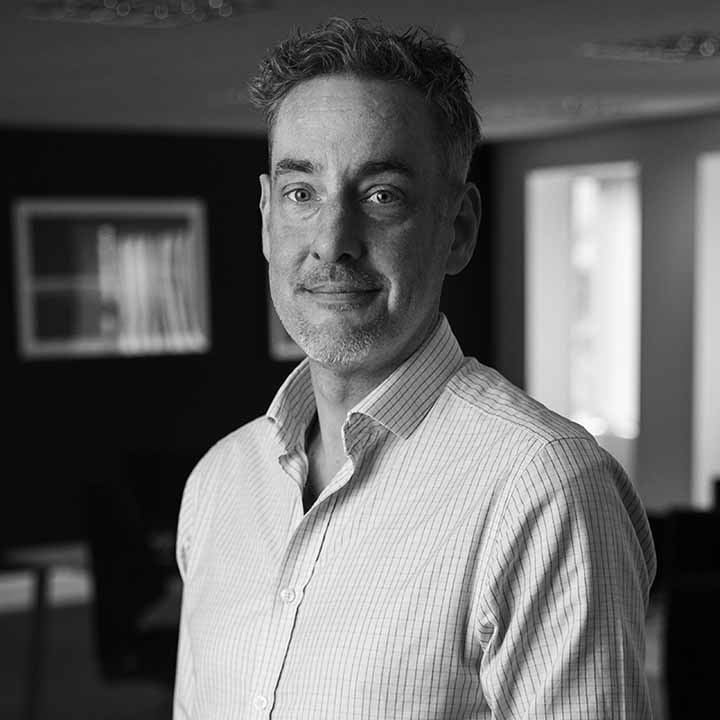 Ian Lyte established a wide spectrum of domain knowledge before moving into the cyber security field with over 20 years of IT operations/security experience. As the security lead for a major CNI organisation within the UK, Ian has a deep understanding of client requirements and how to deliver the requite level of assurance. This combined with his passion for the subject of offensive security has produced a diverse consultant able to perform and manage technical assurance work with the largest corporate customers and SMEs.

Working for both Blue and Red teams has given Ian a unique insight into how effective intrusive operations work and how to defend against them. He has worked in these teams for multiple commercial sectors ranging from finance and critical national infrastructure to the health sector. His work has included response to zero-day malware intrusions and AUP incidents to ensure client data integrity and confidentiality in high risk/extremely sensitive areas such as safeguarding of minors. He led training delivery of both Qualified Security Team Member course, a professional qualification within the penetration testing industry, and the widely regarded Advanced Threat Methodology course.

Moving beyond the pure offensive security roles Ian is also able to perform reverse engineering; a skill which aids both exploit development and research into attack code. He contributes to the development of open-source attack tooling such as the Octopus C2 framework and the DNSStager payload delivery tools. He has released plugins for the industry standard penetration tools such as Burp and develops custom internal tooling for our penetration testing and red teams. Ian has also worked with an industry leading EDR vendor to analyse areas of weakness in their product and discover bypasses for the product with a view to improving the product performance in the real world.

Ian has run multiple offensive campaigns on behalf of clients including multinational world recognised brands.  He has overseen operations from the initial client contact through the preparation and planning of operations, including physical access to client site, through to the report delivery and wash up meetings with recommendations on how to improve.

Ian is also a skilled poker player, an average squash player and an atrocious golfer. 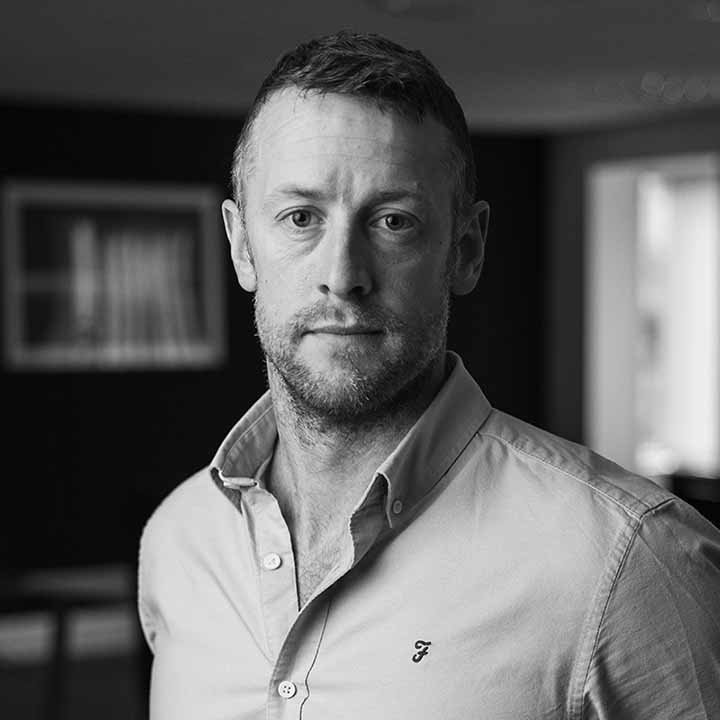 A highly experienced senior Communications and Information Specialist for over 15 years in the Royal Marines. A position that saw him as one of the top electronic Warfare advisors. A role that required him to lead of a large team of specialists, gaining situational awareness of the environment he was working in, analysing the information to hand to ensure the appropriate equipment was used to provide the most effective and safe methods of communications to battlefield users in all corners of the globe including multiple tours of Operation Herrick.

Upon leaving the military he joined Grant Thornton in the role of client cyber security gap analysis and project management. He was lead consultant for the UK regions. Helping business of all sizes to identify, clarify and prioritise the vulnerabilities in their IT infrastructure. Project managing the delivery of complex remediation of system vulnerabilities, ensuring work is completed to the highest standard and in a timely manner.

Since being at North Star, he has utilised his key leadership and negotiation skills to successfully manage projects and aid in technical delivery of cyber security projects. Since joining he has qualified as a Cyber Essentials assessor, IASME governance auditor, and ISO 27001 lead implementer allowing him to carryout internal compliance and bolster his attributes as Operations Manager.

Extremely keen and willing to apply these skills and experience. Priding himself on his ability to utilise multiple technology platforms and cutting-edge capabilities at short notice in extremely difficult roles, to communicate technical subjects in an understandable format, tailored to account for varying levels of knowledge or understanding, and to collate and analyse large volumes of information to a high standard to provide balanced and concise assessments.

Outside of work Matthew is a father of two and is involved in a variety of outdoor sports. Coaching youth rugby at the weekends. 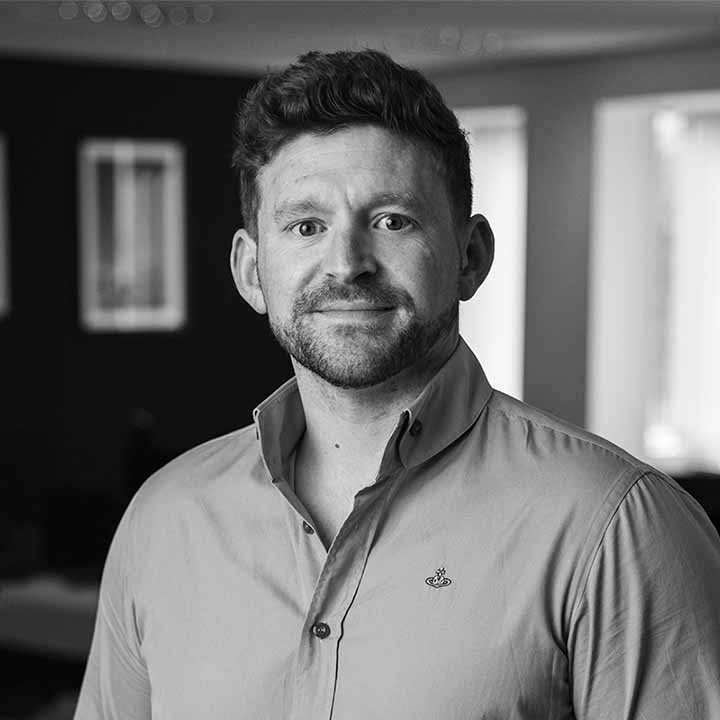 Michael Jepson has a well-established military career spanning over 17 years as a Senior Rating working for the Ministry of Defence; Michael worked in various IT and Warfare Tactics fields supporting operations across the globe. The knowledge gleaned from working on bespoke advanced military IT equipment, paired with military ethos, paved the way for Michael to join a cyber security unit of the Royal Navy and make an easy transition to the role of a Penetration Tester.

A strong passion for Red team engagements and hands-on experience has developed Michaels skills quickly. Social Engineering is a strong asset, with skills gained from the military leading to successfully capturing sensitive information direct from targets, for example, Two Factor Authentication Codes. Physical Security testing is also a natural attribute, with prior experience in the military.

Michael prides himself on a strong client rapport, ensuring any findings discovered are articulated thoroughly in reports to maximise remediation and explain the real-world threat.

When he’s not further developing his offensive security skills online, he likes to spend time with his loving wife, gorgeous son, daughter and a 75kg St. Bernard. 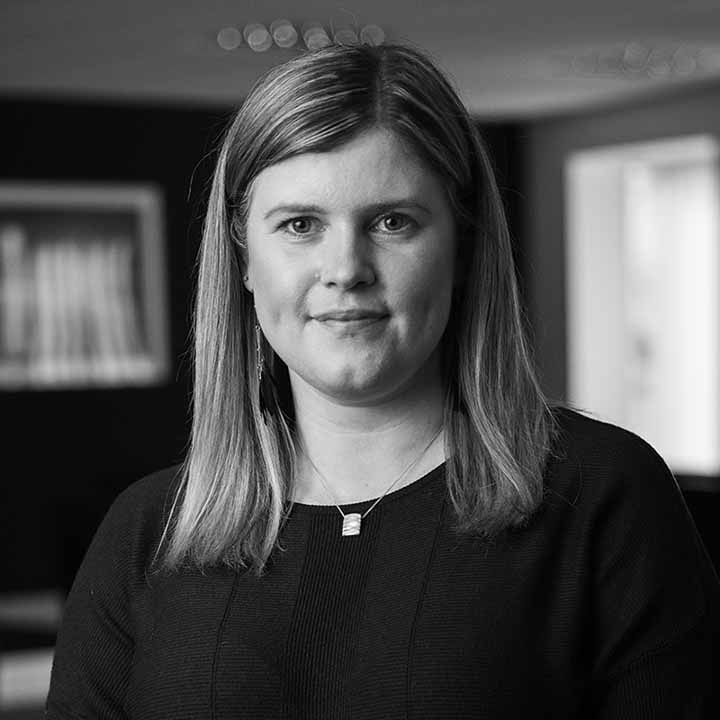 Andrea started her career working in the banking sector for different well-known banks, primarily in client facing roles. Her potential was quickly recognised by the bank and progression came quickly, successfully qualifying and then forging a career as a Financial Adviser, and Mortgage Advisor.

After taking a career break to have children, Andrea was eager to get back to work in a way that complimented her new commitments and family life. To this end, Andrea created a successful business, which she was able to organise to fit around her new family life. Designing her own brand and web site, looking after clients, and undertaking additional qualifications epitomises Andrea’s adaptability and determination to be successful at whatever challenge is given to her.

Andrea’s desire to utilise her skills within a larger company led her to take on the role of Delivery Manager for North Star. Her meticulous organisational skills and client centred approach have proven to be hugely beneficial when co-ordinating employees, resources and liaising with clients, providing effective solutions to the company’s and client’s needs. Andrea’s skills with finances and scheduling have been an asset for the growing company, and her personal communication and person management skills have helped the employees to feel valued and part of an expanding team.

Andrea lives in East Sussex with her husband and daughters aged 10 and 8. With active children, Andrea’s free time is often spent accompanying her children to events and sporting activities, but also enjoys time travelling with her family and long walks with her pet spaniel.

Who is North Star?
How can we support your business?
Why work with us?
Thank you! Your submission has been received!
Oops! Something went wrong while submitting the form.

Please get in touch using the form below
Thank you! Your submission has been received!
Oops! Something went wrong while submitting the form. 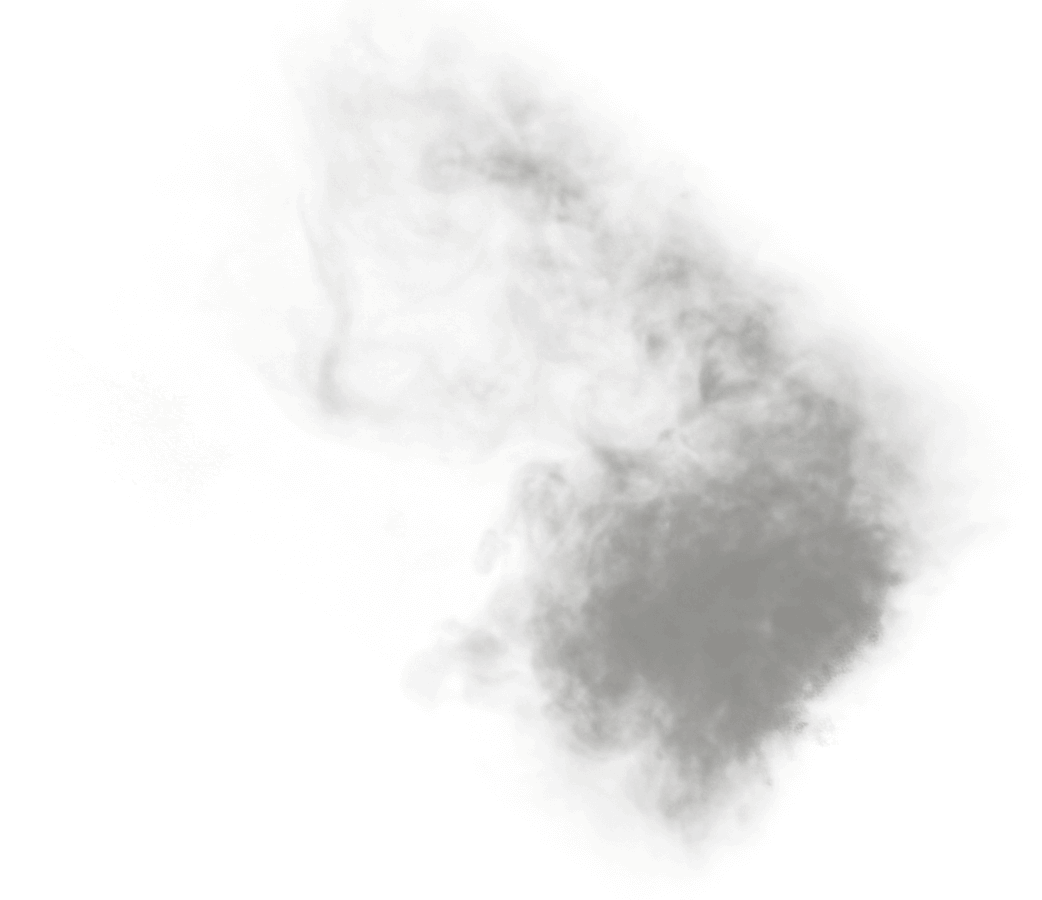